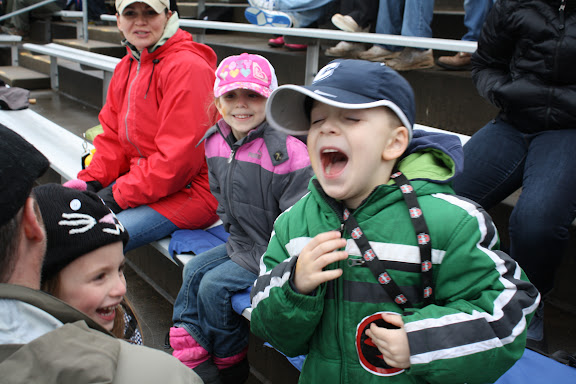 We were really excited to get the kids together for a lacrosse tournament since Paul and I have been to so many tournaments whether they were college or club, so it was a nice circle of life moment. The weather did seem to be working in our favor, but it turned out to be not so bad and the kids did a good job for 2 games in a row. The first game saw Hofstra take it to UMass and then the second was a much stronger contest with Rutgers taking on Syracuse, but the Orange were just too good in the end and beat Rutgers pretty soundly.