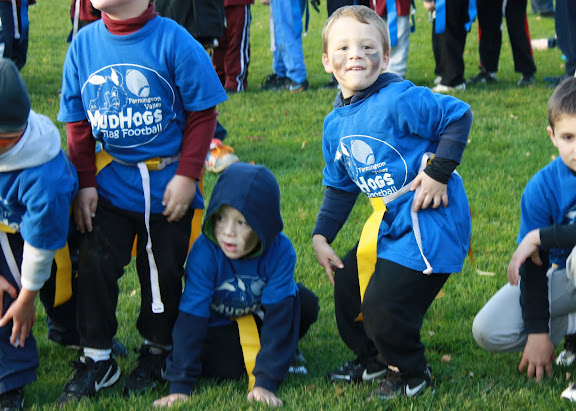 It was a really great season for the boys in Flag Football this year. Matty really came a long way from last year and Andrew really loved Football and took too it well even though he was the youngest guy in the league. The boys really had a fun time and learned a lot of the basics about football and made a lot of friends. The last game of the year they let the flag guys play of the High School field and the announce their name and number to all the people in the stands. It’s really a nice moment for the kids and when they announced Matty’s name this year he let out a “yes!” before he ran out on the field. It really was a nice year.