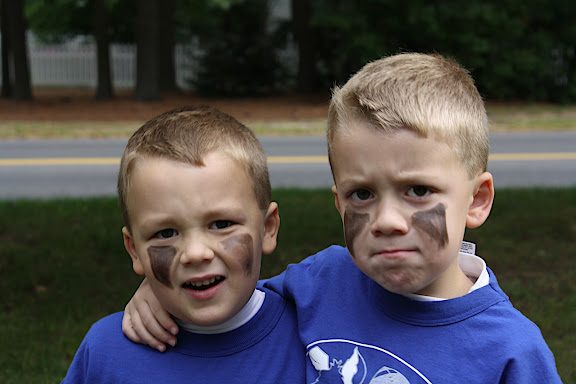 It was the boys first football game of the season! This was Andrew’s first ever game and Matthew was starting his second year. The boys really did great and had a blast. Andrew has taken to football like a fish to water. On his first game, he already got his first flag! Mathhew on the other hand had a huge run in the game of about 20 yards which really is a huge leap from last year. All in all the boys had a great time and worked their butts off and had a fun day.